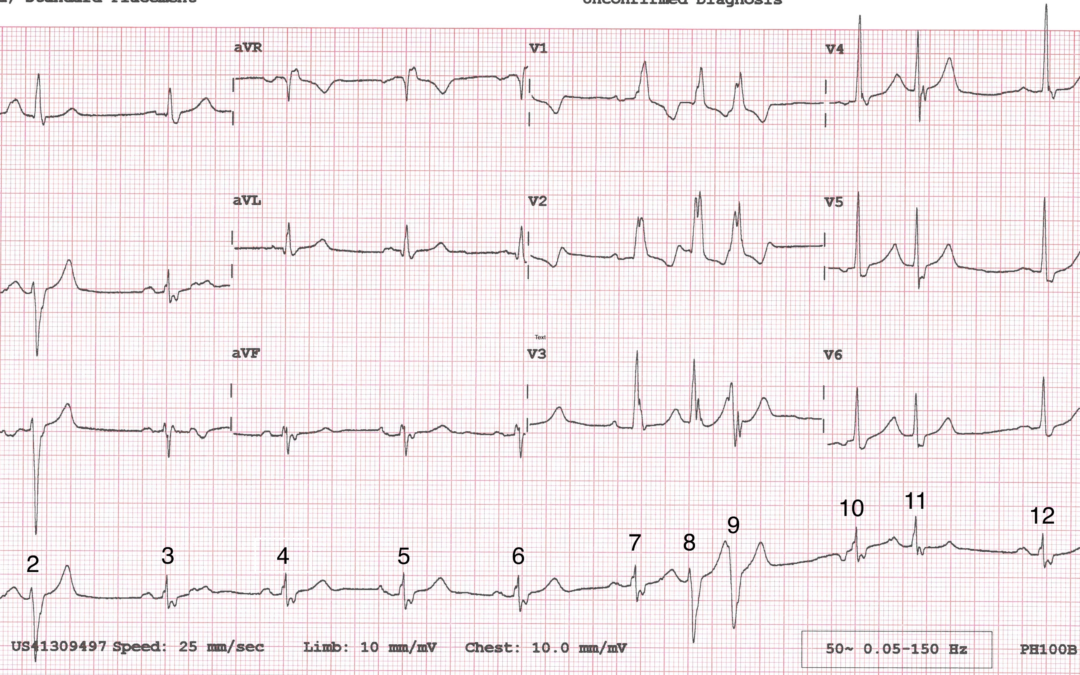 I don’t have any clinical information in relation to this month’s ECG, but what I’m interested in is the rhythm and conduction. I don’t think it’s quite as straightforward as it first appears and I’m not absolutely sure of everything that’s going on.

I’ve numbered the beats to facilitate discussion and I’d be very interested to hear people’s thoughts.