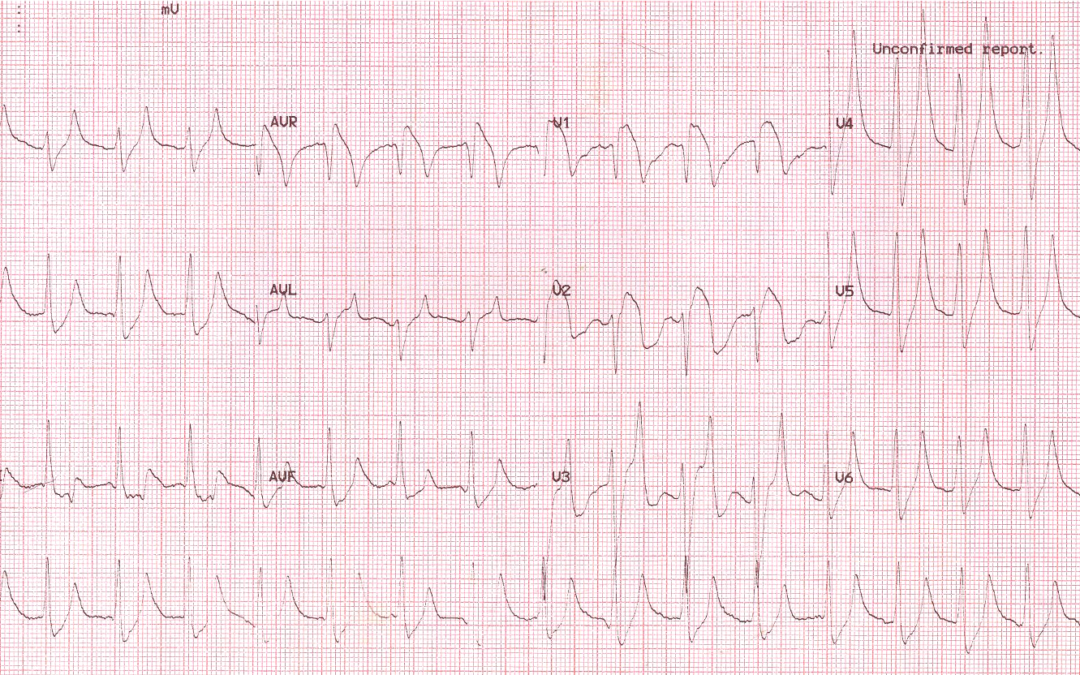 This ECG was recorded from a 28-year old male with known type 1 diabetes. He was admitted to hospital with nausea, breathlessness, extreme tiredness and dull chest pain. What are the abnormal features on the ECG? What diagnosis do they suggest?