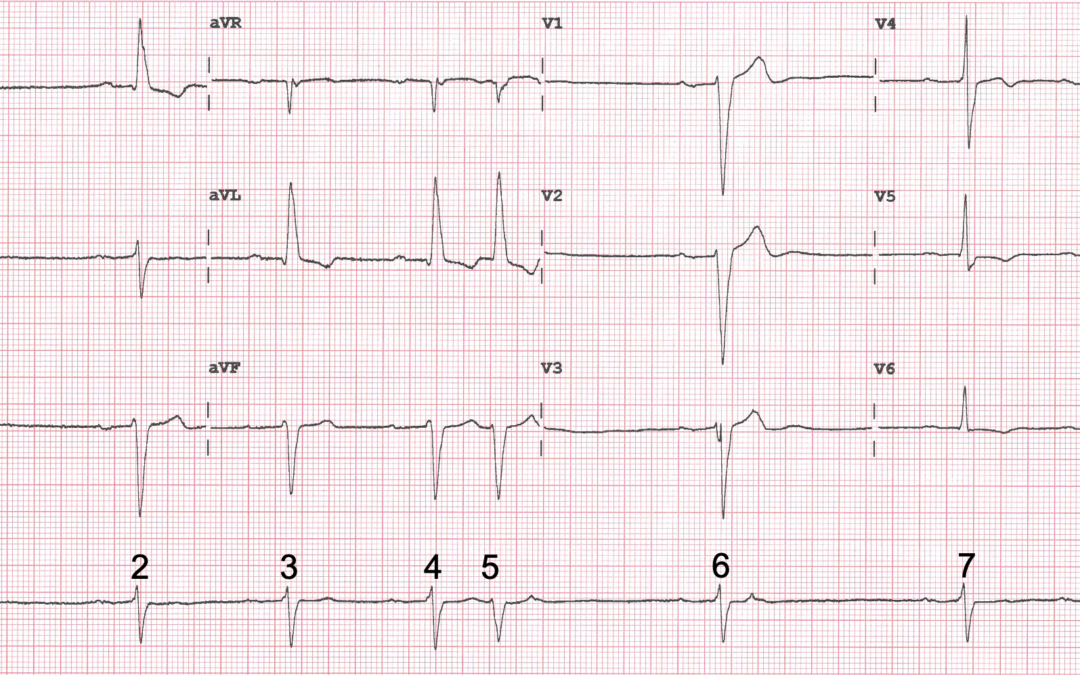 The rhythm here is irregular, but why? What exactly is going on? I’ve numbered the QRS complexes to facilitate discussion.