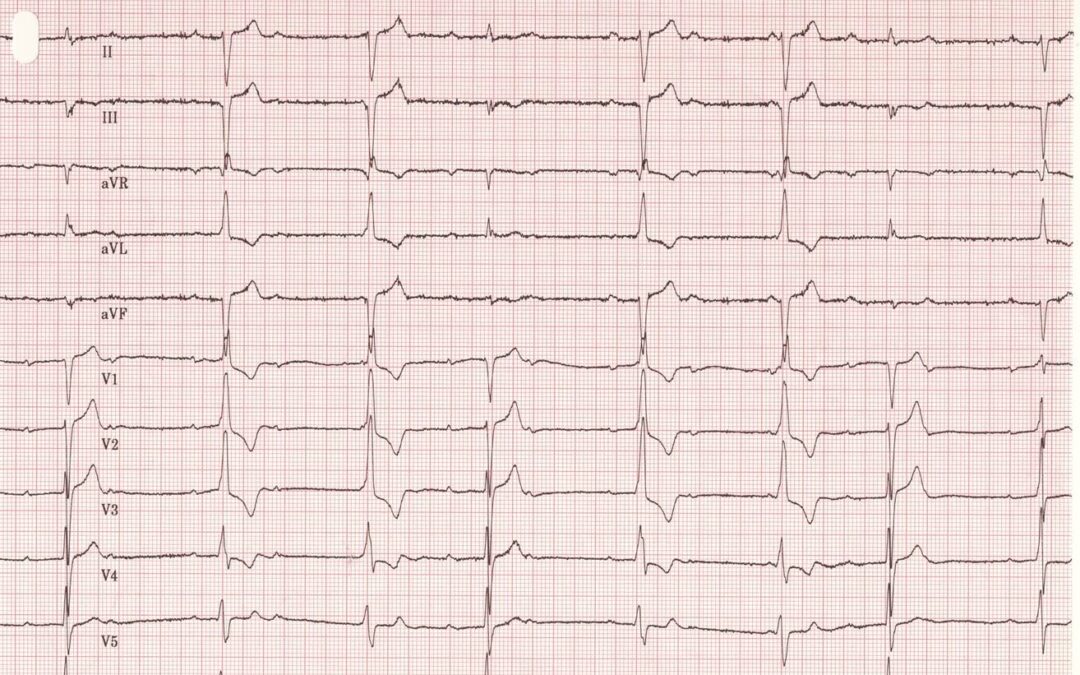 Let’s start this new feature with the challenge of a slightly tricky arrhythmia. See if you can describe fully what’s happening here. Warning: it’s very unlikely that a simple 3 or 4 word description will suffice! Tell us what you think it is in the comments section below.